Surrounding lost games due to injury and now facing a five-game suspension, is it time for the Cowboys to move on? &#8211; The Cowboys Daily Blitz Podcast

The Cowboys should be operating with the intention of doing whatever they can do to protect their $140 million dollar investment, starting quarterback Dak Prescott. Presented by BetUS.com - Bet with the 3-Decade leader, BetUS! Join now for a 125% bonus or a 200% bonus with crypto. Use promo code DSP125 for bonus or DSP200 for crypto, and bet sports, casinos, horses, pop culture, & more at BetUS.com. You bet, you win, you get paid. BetUS.com - https://bit.ly/DSPMediaBetUS Welcome to the Daily Blitz by DSP Media in partnership with CowboysSI.com. The club was without offensive lineman La’el Collins all last season, and now they’ve started 2021 under the same circumstances. This is a team that is already thin at offensive line, and Collins is only exacerbating the problem by missing more time. Last Thursday, with Collins, the offensive line performed quite well, allowing only one sack on 58 drop backs for Prescott. The line wasn’t perfect, though, and improvement is needed. That same line also allowed Prescott to be hit seven times. Is the line better without Collins? Probably not, as we would like to believe he’s certainly one of the better options on the current roster. Or is he? We’ve seen Collins in just one game for Mike McCarthy, that game coming last Thursday night in the season opening loss to Tampa Bay. If Collins’ serves his suspension that means he will have missed 21 of 22 games in the McCarthy era. Not a great start for a player who should be trying to win over a new coaching staff. If the Cowboys move on from Collins, it would have to be after June 1, via either trade or cut, when the club would only eat about $5.2 million in dead money but open up about $10 million in cap space for 2022. It is time for the Cowboys to move on from Collins? Let’s discuss! Please join us daily for the Daily Blitz at CowboysSI.com, TheBlitzcast.com, or the Dallas Cowboys Blitzcast YouTube Channel. And make sure to subscribe for all the latest videos and visual content! Then continue the conversation on our new forums, or on Twitter: @CowboysDailyPod and @IndyCarTim. 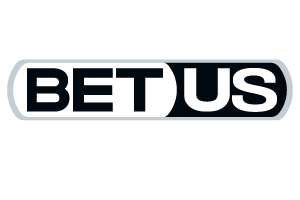